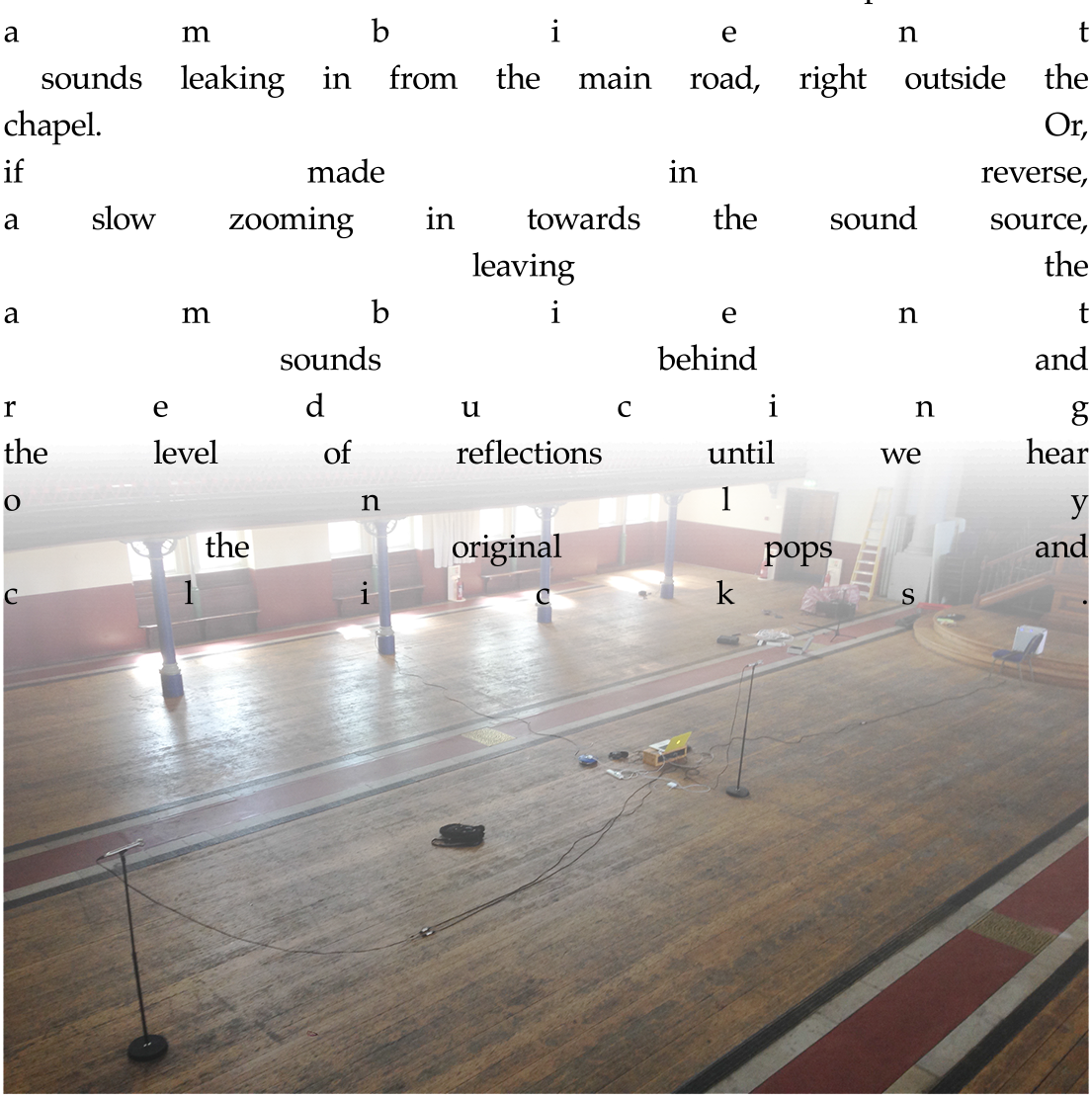 Inspired by John Lely’s The Harmonics of Real Strings.

A set of pops and clicks were played into the Hackney Round Chapel through a loudspeaker. Three microphones were spaced evenly within the chapel to record the resulting reflections and ambience simultaneously. A crossfade between these three recordings in post results in a slow movement toward the sound source. We leave the ambience of the chapel and surrounding street behind until we hear only the dry pops and clicks. 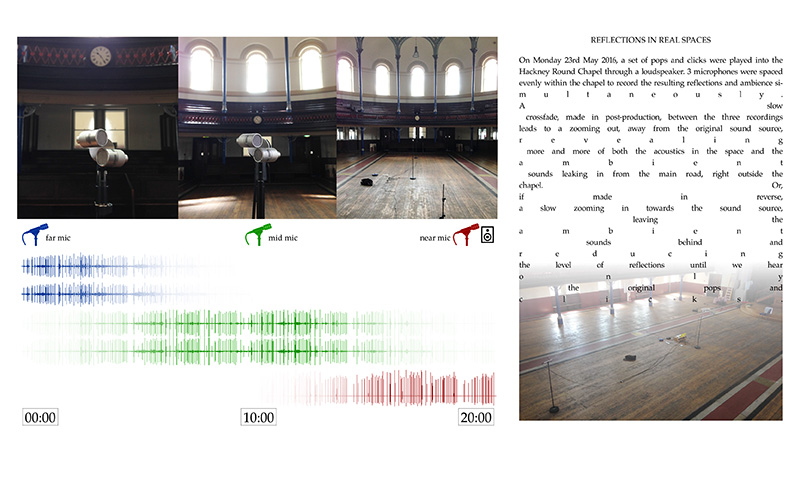